Järva was one of the world's top 10 disc golf courses in 2020. In 2021, it was not eligible to be one of the World's Best Disc Golf Courses because its future was uncertain. It is now clear the course will stay open for the foreseeable future. To learn more about what's happening at Järva now and to see the current top 100 disc golf courses in the world, check out "World's Best Disc Golf Courses 2022."

Note that the information below has not been updated since the publication date at the top of this post.

The rankings for World's Best Disc Golf Courses are based on the over 1 million ratings of courses all over the planet by disc golfers using UDisc. However, we have done work to account for how regions and cultures tend to rate courses differently, helping to assure the courses that made and missed this list did not do so as a result of regional hype or hypercriticism. That said, the courses on this list earned their spots purely from their stats and not due to the opinions of UDisc's staff. Honestly, we were just as surprised and interested in the results as our readers.

The course grades are relative to how close each course was to a perfect five-star rating. No course on the list achieved a 100.

It's interesting that the first and last locations featured in the World's Best Disc Golf Courses have something very particular in common. Like the course that starts this list, #10 DeLaveaga, Järva DiscGolfPark is built on public land that was a literal dump. The hills in the park aren't natural to the region; they were made by the city of Stockholm covering up things like large concrete slabs from torn-down buildings with soil. And though at one point the city had tried to make the area into a useable green space, it had run out of money and abandoned the project.

When brothers Mats and Jonas Löf first examined the land for its potential as a disc golf course in the early 90s, they found an overgrown mess that had been untouched for fifteen years. However, it wasn't just the abundant nettles and thorns that were a problem. The land was in a troubled area of Stockholm, and people commonly used it for illegal dumping as well as far more serious illicit activities.

But luckily for us all, it wasn't fears of what the area was that the Löfs took away with them; it was a clear vision of what it could become and how to get it there.

Their ideas for the land went far beyond just taming it enough to make disc golf possible. They wanted to create an epic work of art that would be as pleasing to look at as it was to play. What's more, they planned to do it in a way that was as environmentally friendly as possible. Large machines and pesticides weren't going to be used, and instead of planting anything new, they would only use the existing flora on site, choosing what to cull and what to nurture with eyes equally focused on biodiversity and aesthetics.

Since the Löfs had trained in landscape design and architecture, these plans weren't just the musings of two idealists. And that's likely something the city of Stockholm took note of when they granted the brothers permission to carry out their project on the land in 1994.

The park opened for play in 1995, but given the Löfs' preferred methods of landscaping, the full metamorphosis of the park was far from complete by then. Still, slowly but surely, the park transformed from forgotten dumping site to a manicured English-style park implausibly situated in urban Stockholm. When we interviewed well-known disc golfer and Stockholm native Ragna Bygde Lewis for our article naming Stockholm the third-best disc golf city outside the United States, she recalled watching parts of this change first-hand.

"When I was a kid, it was an 18-hole course with a café and shop in a little shipping container," she said. "It turned into this magnificent 27-hole course with lots of elevation and beautiful trimmed grass fairways with cleaned-up rough. Mats and his brother Jonas, along with some helping hands, turned this course into one of the best in the world."

And it would be lovely to think that the Löfs could now relax for a bit and enjoy the fact that the uncountable hours they've invested in Järva have resulted in it being named not just one of the best, but the best course in the world. However, it's hard to relax when the same course that's just earned that title, the course they've worked on for over a quarter century, is in danger of being taken away. Read about what that danger is and the possible future of the park here.

What's It Like to Play Disc Golf at Järva? 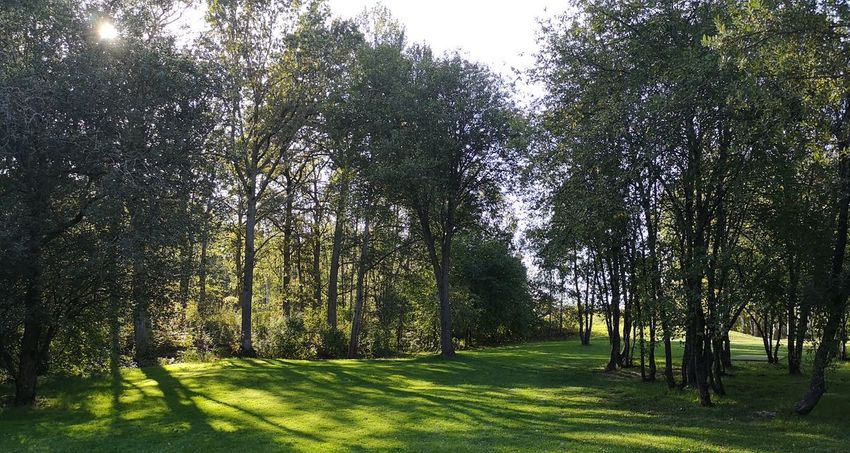 When we spoke with Jeff Spring, designer of Brewster Ridge (#8 on the World's Best Courses list), for this series, he brought up Järva as an inspiration for his ethos of course design.

"I think my favorite course I've ever played is Järva," Spring said. "It's beautiful and it's very clear. It's all about placement. You can look at a hole and see if you're short left you'll pinch yourself off; if you're short right, it's great; if you're long left, it's not good. If you want to throw a certain type of upshot on your second shot, you know exactly where you should place your drive."

Spring was speaking there specifically about par 4 design, but the same ethic is apparent on every hole at Järva. Players are never at a loss for how a hole should be played, and the question is always simply whether they can execute each of the huge variety of shots Järva asks of them.

For those who do find themselves off the fairway a time or two, it's worth noticing just how smooth most of the "rough" at Järva is. Whereas many of us are used to having our errant shots punished not just with awkward positioning but with having to endure thorns and plants that sting or leave rashes, Järva's rough is often simply tightly-packed trees with nothing but green grass between them. They certainly make recovery shots difficult, but they don't leave you with scratches or rashes.

Elevation is another prominent feature utilized on the course. Expect to have the chance to throw quite a few shots from up high over valleys, but also be prepared to throw up inclines ranging from slight to dramatic. Additionally, baskets are often placed on hillsides that make the chance of roll-aways for errant putts very high, forcing players to make risk-reward decisions on longer-range efforts.

Finally, it's not just flowery language to say that the Löfs see this property as a piece of living artwork. If you think the way the light hits a group of trees at a certain time of day is magically beautiful, it's likely because the Löfs planned it that way. Those lucky enough to get to play Järva should make sure to consciously take some time to study their surroundings and admire the artistry.

From the elevated position you find yourself in when you step on the long tee pad of the par 4 hole 14, you can see a little bit of everything that makes Järva so special. There are sweeping fairways, copses of trees, and all the other plant life that add both pleasing aesthetics and challenge to the course. Beyond the park's limits, you'll glimpse urban development, bland agricultural pastureland, and overgrown areas.

Seeing this juxtaposition of environments helps you understand just how special Järva is and the amount of work it took to create it.

But hole 14 isn't Järva's signature just because it provides greater context for marveling at the course. It's an incredibly fun hole.

The first shot has you throwing down a steep incline with out-of-bounds (OB) both left and right. There's a ton of open air, and that means you'll need to heavily factor in the nearly constant wind on the hole when you throw. If you throw that first shot well, your next shot will be a relatively easy upshot to a basket located in the shade of low-growing trees. If you don't, you'll find yourself scrambling to save par with either an OB stroke added to your score or a tricky line to hit to find the basket.

You can see a drive on the hole from five-time World Champion Paul McBeth in the video below from SpinTV covering the 2016 European Masters held at Järva:

Beyond Järva's extraordinary groundskeeping, it offers plenty more to visitors:

Great course that I hope to play again. No to the cemetery!*
sellphi
*translated into English
It's Jarva, what else do you want to know. One of the best courses in the world, challenges every part of your game. It's located on a beautiful property, pro shop and restaurant right in the center and a driving range that is awesome for your training.
danielkonecny
I’m from Santa Cruz and have played DeLaVeaga for ~20 years. This was the most enjoyable game of disc I’ve ever played. I will travel back to Stockholm just to play here again. WOW! ❤️🇸🇪
ianutile
TAGS
EuropeSwedenworld's best courses 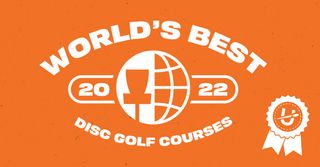 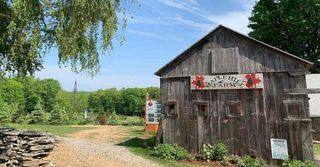 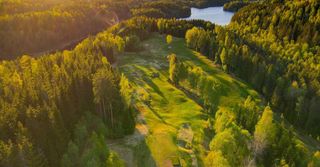