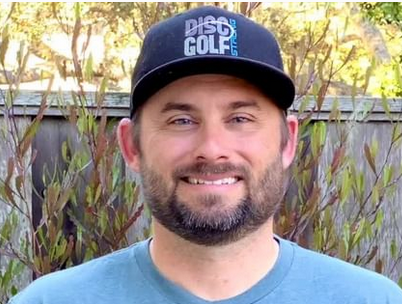 A version of the piece below was previously published in UDisc's 'Release Point' newsletter where advice from the author, Seth Munsey, appears once a month. Munsey is the founder of disc golf fitness organization Disc Golf Strong and the Director of Health and Sports Performance for the Disc Golf Pro Tour (DGPT). He also chairs the Professional Disc Golf Association's Medical Committee and holds a B.S. in Kinesiology (Exercise Science).

Even before taking on his current role with the DGPT, Munsey traveled to disc golf tournaments to help top tier disc golf athletes prepare physically and mentally for the biggest events in the sport.

This background information will help you better understand the first-person narrative below and be assured that the advice and descriptions of physiological processes come from someone with experience and formal education in the science of how the human body works.

What "Nerves" Really Are & Why They Hurt Disc Golf Performance

While I was running a disc golfer through their pre-round warm-up exercises at the DGPT stop in Waco, I could sense strongly the battle of tension and nerves this athlete was waging in their mind.

With a solid first round in the books, the pressure to show up again and perform at a high level was occupying most of the space in this athlete’s thoughts. So, while performance anxiety is completely normal and even beneficial in many ways, the “fight-or-flight response” I could sense this player was having needed to be reversed if they wanted to have a decent chance at performing well in the next round.

The fight-or-flight response occurs when the body responds to stress by activating the sympathetic nervous system. It is a completely normal response that is designed to get us out of danger. A few of the most common physical manifestations of it include elevated heart rate, blood pressure, and breathing; “tunnel” vision; and muscle tension.

Though this response is very beneficial and necessary when we are under stress because we are in real danger, it’s horrible for staying loose and in the flow on a disc golf course.

It can happen to us before and/or during competitions because – no matter what we know rationally – primal sections of our brain can’t distinguish whether the emotions we’re having are due to imminent physical threat or extreme worry over performance at a disc golf tournament. Therefore, they trigger the same nervous system responses in both situations.

A Simple Way to Calm Those Tournament Nerves

While there are many ways to generate the rest-and-digest response, one of the most impactful methods is through controlling our breathing. Regulating our breathing patterns calms us down mentally, slows our heart rates, releases muscle tension, and gives us a much better chance at performing well.

In Waco, I had the athlete perform a breathing technique called the “physiological sigh,” which involves taking two short breaths in through the nose followed by one long exhale, either through the nose or mouth.

This is a technique I recommend to any athlete experiencing extreme stress. When we increase the length of our exhale, our heart slows down due to a decrease in the space where our heart and lungs reside. When the heart rate slows down, we are in a better position to move into the parasympathetic response of rest-and-digest.

After three cycles of the physiological sigh, it was evident that the athlete was calming down and releasing much of their nervous tension. Later, when the round was over, they came right over to tell me how much that breathing technique had aided their performance. Whenever they started to get nervous and feel the stress levels rising, they would inhale twice through their nose, exhale fully for six to eight seconds and re-focus on what they needed to do.

Feeling tension on the course is something we can all relate to, and I encourage you to try using the physiological sigh whenever stress creeps in while you play. It can be a hugely beneficial tool during work and home life, too.

To learn more about the physiological sigh, here is a good video by Dr. Andrew Huberman explaining it in more detail:

I hope that you find value in this breathing technique. It’s definitely a favorite of mine and the athletes I coach on the DGPT.

If you liked this tip and are also looking for ways to better prepare your body for the rigors of disc golf, there are many ways you can find more advice from Munsey.

His Disc Golf Strong YouTube channel is full of useful exercises and information, and he helped a Release Point contributor distill many of his philosophies and teachings into the blog post "Stay Fit For Disc Golf: Prevent Injuries, Play Longer." As we mentioned before, you can also get a tip from Munsey once a month by subscribing to our newsletter.

Additionally, the Disc Golf Strong app is available in both the Google Play and Apple stores.

To learn more about Munsey himself, give our profile of him a read.