In the words of Disc Golf Hall of Famer and veteran tournament director of the Masters Cup Marty Hapner, DeLaveaga is a "sanctuary."

“When I am there, my perception is that peace and harmony do exist," Hapner said. "We call it DeLove.”

DeLaveaga (more familiarly known as DeLa) is the storied course that has been at least a partial host of the Masters Cup for the last 33 years. With the 34th incarnation of that event set to begin today, we wanted to explore some of the history of the course and tournament—its “DeLegacy," to use another Hapner-ism. We found out about its inauspicious origins and analyzed how scores at DeLa during the Masters Cup have changed as the players and the discs they've played with have evolved over time.

From Dump to DeLa

The site of the DeLaveaga Disc Golf Course was once a poison oak forest used as a dumping ground. Kids would park along what became the Top of the World hole (now hole 4), and the residue of their smashed beer bottles can still be seen on hole two’s fairway.

“It was a four-wheel drive area,” Schot said, referring to vehicles like trucks and jeeps, not four-wheelers. “When we first went in, there was a lot of resistance from the four-wheel drivers and the dumpers. Eventually it sold the neighbors. You know, change is hard. It’s just amazing how this piece of property has gone from a negative thing to a positive thing.”

Many Hall of Famers and future members of that group have competed at DeLa during the long history of the Masters Cup. With PDGA results dating back to 1992 available, we wanted to see how the scores of the tournament winners in MPO and FPO divisions over the years matched up with each other. However, accomplishing this wasn't as straightforward as it may sound.

First of all, the course and competition format have changed over the many years of the Masters Cup, which means our comparison of the winning scores comes with a few important qualifications:

Because of the changing number of holes and the lack of hole-by-hole data for each year, the metric we decided to look at was score relative to number of holes from each year. The score we used was the average of the day one and day two totals of the year's winner; that average was then divided by the number of holes played that year.

The clearest takeaway from our FPO numbers in the graphic above is the general improvement over the history of the tournament. A lot of that is likely due to professionalization, better technology, and increasing field sizes (there were only two FPO competitors in 1991; there are 28 registered this year).

On the MPO side, Schot said that “the scores haven’t really changed much,” and our findings support him.

Indeed, Ricky Wysocki’s 2016 average was a hair shy of Ken Climo’s from 1998. But, to be fair, that 1998 performance by "The Champ" at 2.6 would still have put him in first every year except 2017, when Paul McBeth shattered course records while averaging 2.5 over the first two rounds. For that matter, Scott Stokley’s (PDGA #3140) first two rounds in 1994, at 2.7, bests or ties the majority of years, including last year.

Generally, the scores have been improving for MPO, but not at the rate of FPO.

DeLa is a course that rewards hot starts. All par 3, the only eagles are aces, and coming from behind is tough.

You can see this especially in FPO, where since 2013 players had to be below 79 on the first two days to be in position for the win. In fact, since the first of Valarie Jenkins’ back-to-back wins in 2009, only Catrina Allen in 2013 and Paige Pierce in 2015 have been able to win without having or sharing the hot round on day one.

Whatever the scores, the players who win this weekend are winning a piece of history and will certainly be feeling the DeLove as they become a part (or perhaps just a bigger part) of the DeLegacy. 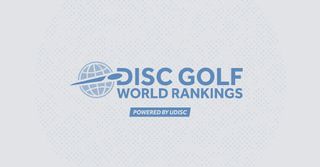 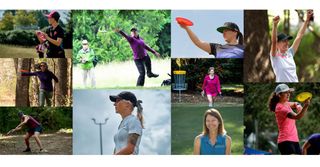 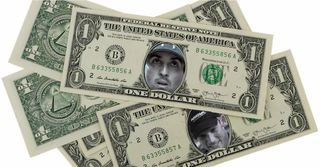 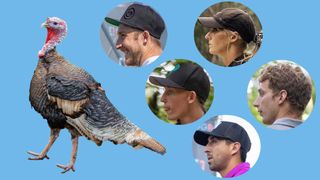