A little over two years ago, we released our first look at U.S. states' disc golf courses per capita rankings. That was just a few months into the COVID-19 pandemic, which raised interest in outdoor recreation opportunities to astronomical levels. That interest, in turn, led to tons of new people finding disc golf and the need for a lot more courses to meet demand.

Disc golfers using UDisc help power the largest and most frequently updated disc golf course directory in existence, and our stats showed that disc golf courses went in the ground at a rate of 5.28 per day in 2021.

Come with us as we explore the effects these dynamics have had on the availability of disc golf across the nation.

Here's what you'll find, in order, in the rest of this post:

U.S. Has a New #1 in Disc Golf Courses Per Capita

Kansas is currently #1 in disc golf courses per capita among U.S. states, moving up from its #3 spot in 2020 thanks to the addition of 64 courses in the last two years.

Last time we ran these numbers, Iowa was #1.

Admittedly, we're not super surprised that the home state of disc golf equipment business Dynamic Discs made this leap. It is, after all, the company that turned little-known Emporia, Kansas, into the country's best small town for disc golf that not only annually hosts one of the world's biggest disc golf tournaments but which – as of early September 2022 – will have hosted two Professional Disc Golf World Championships in the span of six years.

It's notable that though 64 courses sounds and is huge, it's a total that ties Kansas at just eighth in the nation for number of disc golf courses added in the last two years.

The last time we ran these numbers, only one state – Iowa – had at least one disc golf course per 10,000 residents. Nowadays, five states (still including Iowa) are in that club, and a sixth is the right on the cusp. This change shows again just how quickly courses have gone up in recent times.

You can find out which states made the leap in the table you'll find later in this post.

The average population of U.S. states is around 6,625,000. Only three states in the top 50% of disc golf course per capita rankings have a population that crests that average – Michigan, Indiana, and North Carolina.

There are some likely explanations for this, with the biggest one being that many less populated states tend to have more room for courses, and in a per capita ranking, one extra course goes a lot further toward moving the needle in these states than in more populated ones.

However, low population doesn't always equal space. A few of the states with relatively low populations that aren't in the top 25 are in the densely-populated Northeast and are also the smallest states by area: Rhode Island (50th in area), Delaware (49th in area), and Connecticut (48th in area).

Biggest Moves Up & Down

The largest change in rank was the exact same number for both up and down movement.

The state that made the biggest leap forward was New Hampshire. Its course total grew by 24 in the last two years while its population increased by just around 60,000, moving it up five spots in the rankings.

Utah's rank took the biggest dip (again, five spots). It has added 19 courses since 2020, but it's also one of the fastest-growing states in the country in terms of population.

What Counted as a Disc Golf Course?

As in our look at how many disc golf courses are in the world, our goal with these stats isn't to arbitrate what counts as a disc golf course. Instead, we want to provide an indicator of the enthusiasm within each U.S. state for the sport.

Whether a course has baskets or alternative targets like tone poles, concrete tees or grass, it's still a place where people can play the sport we love and enjoy the company of friends, family, or their own thoughts. Other than invite-only courses, areas with designated places to throw from and to counted as courses for the purposes of this post.

Which U.S. states have the most disc golf courses per capita?

These states added the most disc golf courses between our last look at per capita numbers and this one (a span of two years):

Which U.S. States Have the Most 18-Hole (or More) Disc Golf Courses Per Capita?

We know many disc golfers hold courses with at least 18 holes in higher esteem than those that don't meet that mark. While we believe shorter disc golf courses are extremely important to the growth of the sport and great for quick rounds when time is tight, we still wanted to give those interested a look at which states have the most 18-or-more-hole courses per capita.

You can find the top 10 below:

Which U.S. States Have the Most Disc Golf Courses?

Though you could do it yourself based on the stats in the original per capita list, we thought we'd give you an easy time finding out which states have the most total disc golf courses, period.

College Disc Golf: How To Pitch A Disc Golf Course To Your School
How do you get a disc golf course at your college? Get advice from students who've made it happen.
Theresa Garcia
Sep 12 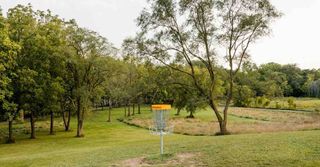 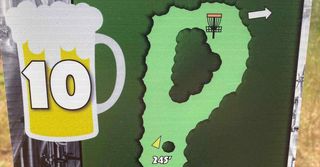 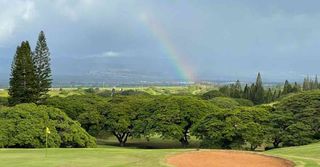